The Forgotten People of the Amazon

Written and directed by Marie-Martine Buckens

In the name of fighting climate change, thousands of residents living in the heart of the Brazilian Amazon are offered to abandon their ancestral agriculture for a small nest egg of 13€ per month and per family. What is hiding behind this new practice?

While giving these populations and also Amazonian scientists and intellectuals a chance to speak, The Forgotten People of the Amazon shows how multinationals use, with the help of NGO’s, certain tools from the Climate Convention to make profits and to keep on polluting without impunity.

The documentary does not provide ready-made answers but leads us to reflect on the impact that certain measures taken on behalf of the climate has on people, all peoples, and not just those of the remote Amazon. 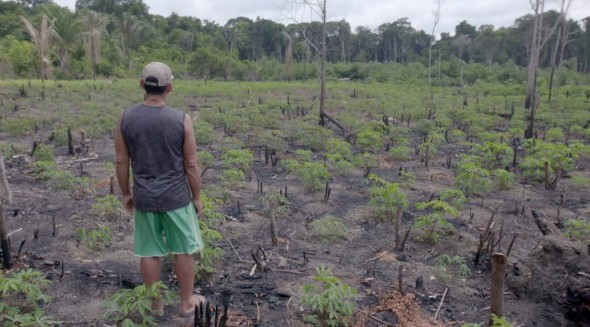 In collaboration with
Fédération Wallonie-Bruxelles

Photos from the film: