Jeremy van der Haegen (°1979, Brussels) grew up in Paris and studied in Brussels, where he currently lives. After studying Philosophy at the Free University of Brussels, he enrolled at INSAS (Institute of Performing Arts and Broadcasting and Communication Techniques) obtaining a directing degree in 2004. His first medium-length film, The Illuminated Boy (Neon Rouge Production) was selected for competition in several international festivals and bought and distributed by ARTE France. His second medium-length film, High Grounds (Neon Rouge Production, Tact Production), co-produced by Le Fresnoy, National Contemporary Arts Studio, stages acclaimed actors Lou Castel, Maia Morgenstern and Tudor Aaron Istodor. It is among the top five best films of 2016 on "Format Court" the reference site for short films. Stories Keep Me Awake At Night is Jeremy’s third film. His work can be seen on his website www.jeremyvdh.com.

The Illuminated Boy (2011, 16mm, 35 minutes, Neon Rouge Production, ARTE)
Special mention of the Jury festival Silhouette, Paris, 2012
Narrating the adventures of a teenager who is continually being confronted by dreams that see her falling into a void, the film surprises with its capacity to grasp something found in the immateriality of space and time. Featuring inventive direction and beautifully literal dialogue(without talking about the young actress, true revelation of the festival, she wouldn’t have stolen the interpretation prize),, The Illuminated Boy is probably one of the most inhabited propositions of the selection.
Clement Graminiès & Theo Ribeton (Critikat) 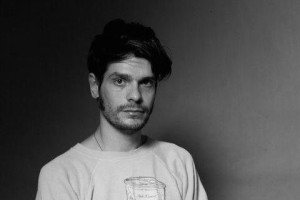